This work relates to late period of Kandinsky’s art, namely to the period of Biomorphic Abstraction, or Paris period. The famous collector Solomon Guggenheim bought it directly from the painter in 1936. The painting became a part of an extensive collection and has been exhibited several times, mainly in the USA. But in 1964, the Guggenheim Museum decided to sell 50 paintings by Kandinsky at once, which caused the protest of American art lovers. As a result, 26 paintings were bought by Europeans museums and collectors and took out from the USA. The painting “Rigide et Courbé” was bought by an anonymous American collector. Half a century passed, and the painting came back to the market. 16 November 2016 “Rigide et Courbé” sold for $23.3 million on Christie’s, New York.

A careful examination of this painting like many other abstract paintings of Kandinsky may reveal quite realistic elements. For example, on the left side we see a group of linked vertical forms, which may be a reference to the famous Nazi symbol, a very hot topic at that time. Also a clear exclamation mark at the bottom and horns on the right side strike the eye. The horns are treated by some critics as an allusion to the myth of the rape of Europa.

It is also interesting that in this work the painter added sand in the paint in order to attain texture. He had never used such a technique before. 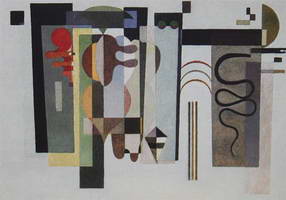 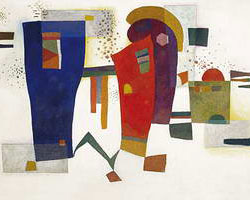 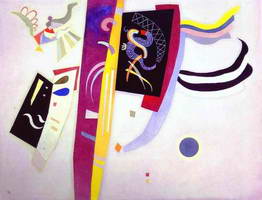 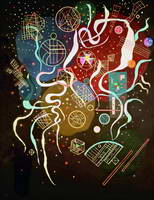 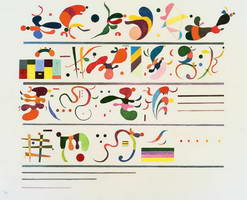 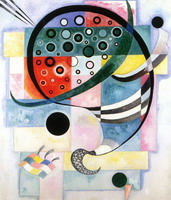 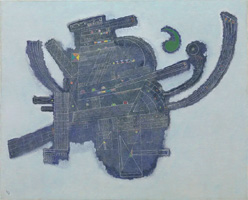 04 November 2016
James Markham from Nyc: Very interesting story. My family owned and auctioned a
Kandinsky Landscape with Church 1 (1909).
My grandfather bought it from Katherine Kuh in her private art gallery in Chicago in 1935 for $350.
My family auctioned it at Christies in 1987 for $2.4 million
Michael Findlay was in charge of our sale.
James Markham